skip to main | skip to sidebar

A PSA for PSAs

Like millions of other people, I came out of November with considerable trepidation. In addition to the very real possibility for global annihilation, I’m one of the millions who faced a considerable degree of uncertainty over my own healthcare.

As a freelancer with a family history of hypertension, I spent several years without health coverage so when the Affordable Care Act made it once again accessible, I felt very fortunate. I admit that I used it sparingly- almost as if it was a fire extinguisher. It was peace of mind-  I knew I had it, in case something dire happened.

But when this crazy year rolled around, I thought it would be a good idea to get as many ducks in a row as possible, so I made an appointment for a checkup. My Doc is pretty awesome all in all, and when she noted that we hadn’t done blood work recently, she ordered up a full panel- including a PSA test which she noted wasn’t really even recommended any longer but she liked to request it on guys over 50.

PSA means Prostate Specific Antigen. It's an indicator test, so an elevated PSA number can have several causes but is a first line of defense in detecting prostate cancer. A higher PSA carries with it a correlation for a higher likelihood of cancer, but is not in itself conclusive.

It took about a week or results to come back and they were generally good- cholesterol in line, not diabetic, not pre-diabetic, and no surprises except for a slightly elevated PSA. Slightly, mind you. In my age group, I should have a 4.0 or under and mine came back at 5.2. Not in itself cause for worry, but my Doc likes to be careful and referred me to the urologist. He saw nothing unusual in the scope and recommended we repeat the blood test.

The second blood test was a identical to the first so the Urologist recommended a biopsy just to be sure. He took 12 cores for analysis (ouch!) and again observed that everything appeared perfectly normal and he said he expected everything to be fine, although “sometimes you get a surprise.”

Prostate Cancer, with a Gleason score of 3+4, on a scale that effectively ranges from 6 to 10. (Read more about Gleason Scores here) It was startling news, and the c-word packs a wallop, but in all reality I’m in a very fortunate situation. It’s still in an early phase and there are a range of treatment options at this stage. I feel very fortunate to have it detected now- I literally had NO symptoms and am very fortunate to have decent coverage.

So my summer has been spent with second opinions and surgical preparations. I’ve read some very good books and talked at length with people who have had different procedures. I have a plan that I am comfortable with and an excellent prognosis.

So why am I coming forward? To advance a dialogue.

The specialist at Loma Linda (second opinions are good) said if we walked into a room of 80 year old guys, that they’d pretty much all have prostate cancer to a degree, but it’s pretty slow moving and won’t be what takes them out. In your 50s though, it well could be.

Okay here’s the thing. Many of my friends are in their 50s and above and this not only could happen to any of us, but probably WILL at some point from here on out. So if you’re a guy in your 50s - or 40s if you have a family history of prostate cancer- PLEASE ask for a PSA on your next blood test. It’s only an indicator, and it’s not conclusive- but it will help you catch it before the onset of symptoms, when the outcomes are still most favorable.

One last note- probably the hardest part for me was telling my Dad. It’s not our style to lay out a problem without a solution, so I waited until all the consultations were complete and we had a plan in place. So I called him and laid out the scenario, and his first words were “Well, there’s a lot of treatment options these days.” Because an 80 year old guy has a LOT of friends that have dealt with this. We both had a good chuckle over that.

I guess maybe I should have called him first.

I have mine PSA checked every year. So far everything is normal. Glad you are getting things taken care of.

Blessings to you for coming out about this important test that can be an early detection. Perhaps someday the "C" word will not be a scary diagnosis. Hope all goes well with your course of treatment.


glad that it's early stage(if there is anything to be glad about) and there is good treatment..will give the goddess something shiny for you..love jac 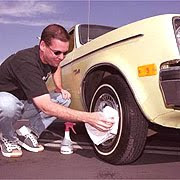